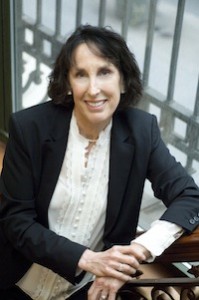 Setha Low received her Ph.D. in Anthropology from the University of California, Berkeley. She started her career as an Assistant and Associate Professor of Landscape Architecture and Regional Planning, City and Regional Planning, and Anthropology at the University of Pennsylvania. Dr. Low is currently Professor of Environmental Psychology, Geography, Anthropology, and Women’s Studies, and Director of the Public Space Research Group at The Graduate Center, City University of New York where she teach courses and trains Ph.D. students in the anthropology of space and place, urban anthropology, the anthropology of the body, and cultural values in historic preservation. She has been awarded a Getty Fellowship, a NEH fellowship, a Fulbright Senior Fellowship and a Guggenheim for her ethnographic research on public space in Latin America and the United States. She is widely published with more than a hundred articles and chapters on urban public space and culture and lectures internationally on these and related issues. Her most recent books include: Politics of Public Space (2006 Routledge with Neil Smith), Rethinking Urban Parks: Public Space and Cultural Diversity (2005, University of Texas Press with S. Scheld and D. Taplin), Behind the Gates: Life, Security and the Pursuit of Happiness in Fortress America (2004, Routledge), The Anthropology of Space and Place: Locating Culture(2003, Blackwell with D. Lawrence-Zuniga), On the Plaza: The Politics of Public Space and Culture (2000, University of Texas), Theorizing the City: The New Urban Anthropology Reader (1999, Rutgers University Press), Place Attachment (1992, Plenum with I. Altman). Dr. Low was the President of the American Anthropological Association from 2007- 2009. Her current research is on the impact of private governance on New York City coops and condominiums, and she is writing a book entitled Spatialzing Culture: An Anthropological Theory of Space and Place. In 2009 she began working on a collaborative project with Dolores Hayden on Spatial Methods and Public Practices funded by Center for Advanced Study in the Behavioral Sciences at Stanford, and in 2010 was a fellow in the Center for Place, Culture and Politics. In 2011 she became co-chair of the Public Space and Diversity Network funded by the Max Planck Institute for Religious and Ethnic Diversity, and in 2012 received funding from the Canadian Social Sciences and Humanities Research Council to study condominiums and private governance in Toronto and New York with Randy Lippert. View Dr. Low’s CV.