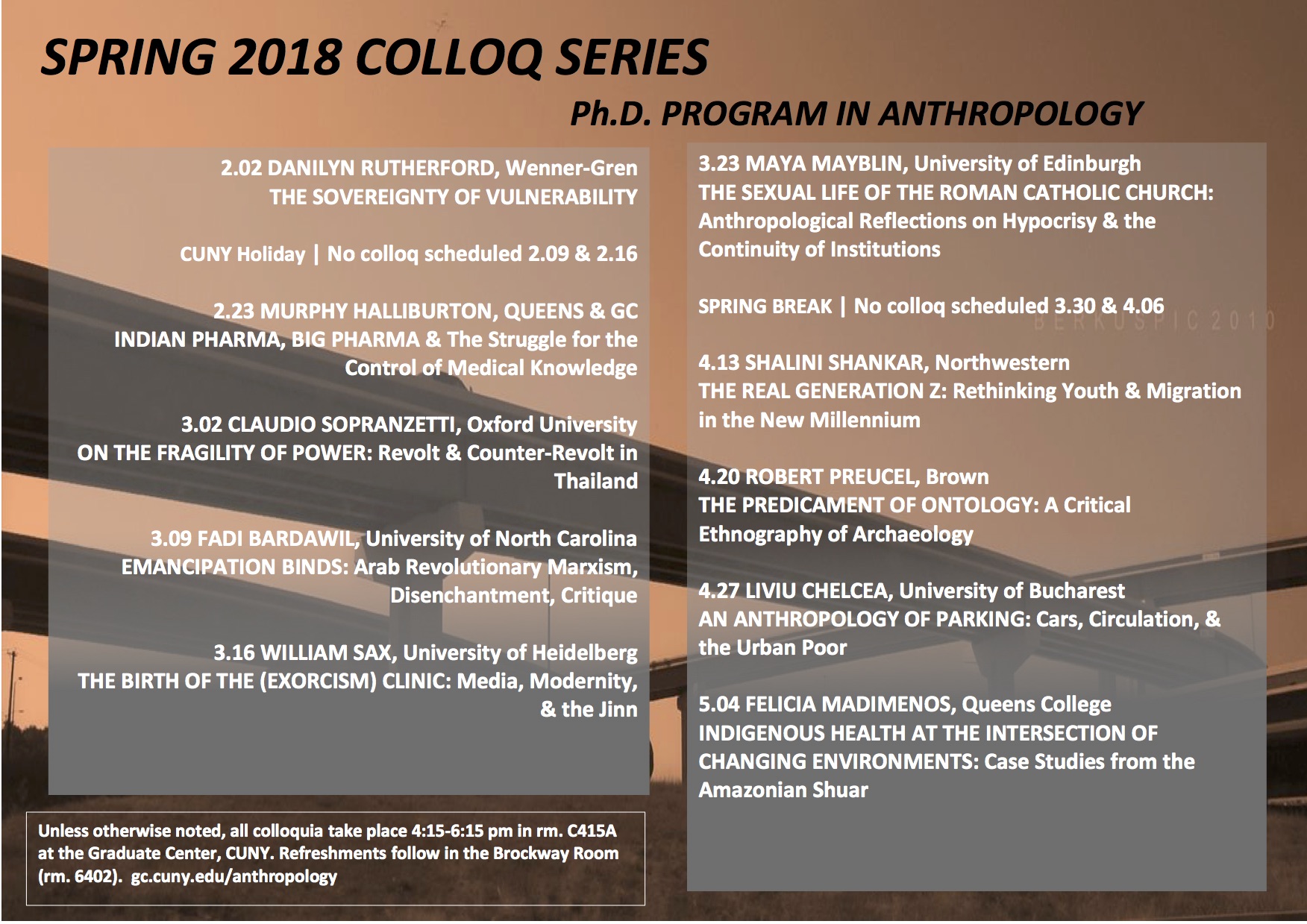 Feb 23 Murphy Halliburton (Queens and GC) Indian Pharma, Big Pharma and the Struggle for the Control of Medical Knowledge

March 2 Claudio Sopranzetti (Oxford University) On the Fragility of Power: Revolt and Counter-Revolt in Thailand

March 16 – William Sax (University of Heidelberg) The Birth of the (Exorcism) Clinic: Media, Modernity, and the Jinn

March 23 – Maya Mayblin (University of Edinburgh) The Sexual Life of the Roman Catholic Church: Anthropological Reflections on Hypocrisy and the Continuity of Institutions

March 30 and April 6 there is no colloq (Spring Break)

April 20 Robert Preucel (Brown) The Predicament of Ontology: A Critical Ethnography of Archaeology

April 27 Liviu Chelcea (University of Bucharest) An Anthropology of Parking: Cars, Circulation, and the Urban Poor

May 4 Felicia Madimenos (Queens College CUNY) Indigenous Health at the Intersection of Changing Environments: Case Studies from the Amazonian Shuar