Louise Lennihan has conducted research in northern Nigeria since 1977. She was part of a group of scholars who met at Ahmadu Bello University in the 1970s, and who set out to write the area’s political economy from the onset of informal colonial rule in the late 19th century through the postcolonial, 1970s oil boom. Together their writings upset the dominant neo-populist and neo-classical economic paradigms of most anthropologists, agricultural economists, and economic historians who wrote about the area, and offered a very different picture of the economy and society of Hausaland. Within this literature, Lennihan’s concern is the regional agrarian history of Zaria Emirate, in particular its labor history. Much of her work focuses on documenting the emergence of agricultural labor as a commodity following the abolition of slavery in 1900, and explaining why and how men and women turned to selling their labor rather than working on their own farms. Using oral history
and archival evidence from the colonial archives in Kaduna, much of her writings examine the roller coaster inter-war years of economic booms and busts. She documents the effects of what today would be termed globalization on a small, predominantly Hausa town that grew cotton for the local and Lancashire markets and grain for workers in the Jos tin mines. The story is one of growing indebtedness and impoverishment of many small farmers, increased food shortages, and the emergence of a class of local merchants who functioned for the first time as part of the international circuit of capital. It is also the story of the altered social relations in the town, where cash increasingly replaced patron clientage and kinship in bringing together rich and poor neighbors, as well as strangers, in ceremonial and production cycles.

Since the mid 1980s, her fieldwork area has been horribly effected by the collapse of the larger Nigerian economy and the country’s policy of structural adjustment (SAP). Her current work focuses on a postcolonial cycle of boom and bust. Having conducted research from 1977-1980 during the halcyon days of Nigeria’s oil boom, in 1996 she spent a year in Nigeria, returning to the town of her earlier work. She is now writing a book that examines social decomposition under SAP and the brutal regime of late General Sani Abacha, comparing this period to life during the boom. The book is called The Obligation of Survival and the Survival of Obligation and is an ethnography about the social manifestations of economic scarcity in everyday life. It examines current material conditions often reflected in disturbing new discourses, but is primarily concerned with how the current economic and political crisis translates into what might be called a crisis of culture. Lennihan’s central task is to tell the story of how northern Nigerians, in particular the townspeople she has known for twenty years, understand and negotiate a disintegrating social compact – one where men are too poor to care for their dead brothers’ children; where women must decide between being good Muslims and good mothers, between staying in seclusion or suffering the shame of going to the fields to feed their children; where incidents of theft and social banditry cause townsmen to form a vigilante group, only to see it outlawed when the group itself turns to robbery and shakedowns. She documents how people reconceptualize notions of individual and collective integrity and fashion changed meanings of what it is to be a good father, husband, mother, neighbor, friend, or a good Muslim in conditions of acute scarcity. 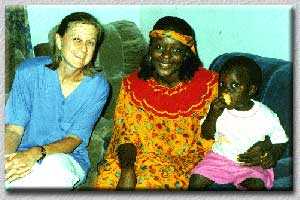 Lately she has also written about another deep concern – the urban-bias in most recent northern Nigerian research, and the serious implications she sees for ignoring processes of modernity outside urban locales. Since the collapse of the Nigerian academy and the drop in expatriate researchers, she notes that the geography of research has narrowed. With few exceptions, it is urban-centered and urban-focused (in Kano). While not wishing to reinscribe some false urban/rural dichotomy or to make a pitch for studying unnaturally or tightly bounded units (to “spatially incarcerate” the native), she warns that current research trends carry a danger. That danger is to reinforce a spatial hierarchy between town and country that conforms to and mirrors the long standing hierarchal distribution of economic and political power in the region. She notes that sensible cultural geographers insist that despite the postmodern reality of “placeless power and powerless places,” how things develop in part depend on where they develop, that space has not become marginal to lived experience. Indeed, if it is true that spaces are hierarchically connected, that there are a multitude of modernisms, and that the defense of specific interests and identities takes the form of irreducible local experience, Lennihan argues it is a very serious matter that areas outside cities are disappearing from view in northern Nigerian research. 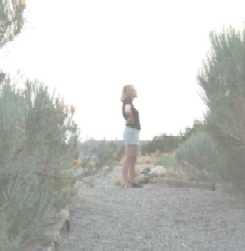